Illustrated Airborne Activities A to Z

An illustrated collection of hobbies and pastimes that use the air above us in some way.  From flying a kite, pigeon racing, sky diving and so on - there are many fun things to do either looking upwards or flying and diving through the air.

Safe ones and not so safe - thrills and hopefully not too many spills.

Part of a large collection of pastimes and hobbies - this page concentrates on activities using the blue skies.

BASE jumping with parachute or wingsuit.

It is one of the most extreme of a whole series of extreme activities.

Dangerous, often illegal, and participated in by people who crave the adrenalin hit it provides. 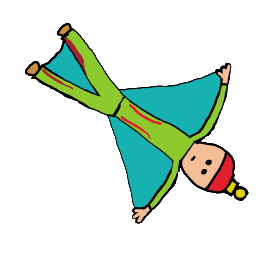 A simple model aircraft with several rotor blades.  Like a flattened out helicopter that can rise very quickly - drones are fun to operate and can take pictures.

Drones have many uses.  From the hobbyist learning to fly one as a change from a model aircraft to the military using them as part of warfare there are a number of applications emerging in between.

Amazon and others are assessing how they might be used as part of the distribution chain.  The police employ them to monitor events on the ground as a cheaper and more easily deployable alternative to helicopters.  TV crews use them for the same reason - an instant bird's eye view of unfolding situations. 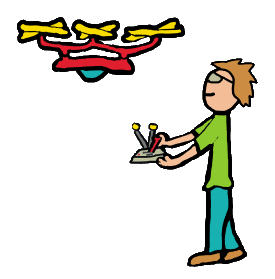 Few people get to see birds of prey in action - let alone become a falconer.

Man and hawk bound together in this activity is a fantastic achievement - for both of them!

An ancient means of hunting and the closest man could get to the feeling of flying.
​
​Makes model aircraft seem a little tame when you have a relationship with a real trained bird of prey. 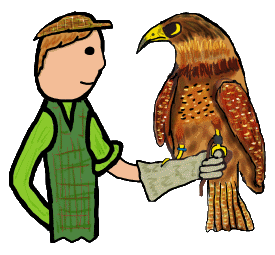 Flying for people who can't afford a plane.

​But it is more than that.

​Just as people choose to ride a motorbike or bicycle - hang-gliding looks like an activity that takes you right where the birds go.

Man, glider and a feeling of complete freedom. 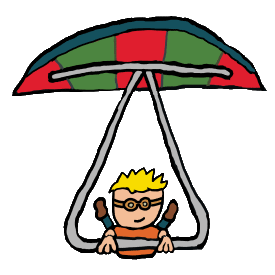 A magnificent sight when airborne - hot air balloons are one of the earliest examples of man taking to the air.

A huge balloon with a flame underneath to heat the air and lift the craft gently into the sky.  Mostly guided by the winds with people in a traditional wicker basket attached to the balloon.

OK - hoverboard is a stretch for an airborne activity as the ones we currently have don't yet hover.

A two wheeled self-balancing scooter good for the inner core or showing off.

​Stand on it and look cool.

Although it is called a hoverboard and looks like the one Marty McFly used in Back to the Future - it has wheels rather than a cushion of air or anti-gravity. 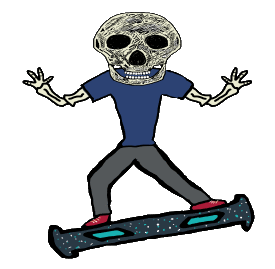 There are all sorts of kites ranging from the traditional sort through box-kites to large wings that can pull a wheeled cart plus rider along.

The main things you need are a kite and a windy day.

​Good for coastal areas because there is usually an on or offshore breeze. 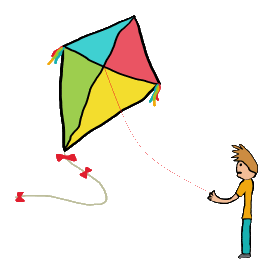 These seem pretty damn dangerous.  A tiny powered aircraft looking a bit like a hang glider plus pilot and engine.

A relatively cheap way to discover and enjoy flying across countryside.

Surprisingly noisy considering you are up there with the birds. 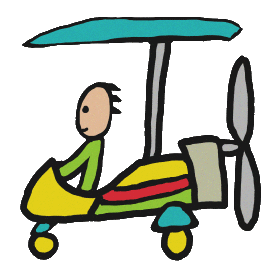 Some large scale remote controlled models are powerful and potentially dangerous in the wrong hands.

​A relatively cheap way of becoming a pilot and another great excuse for being outside. 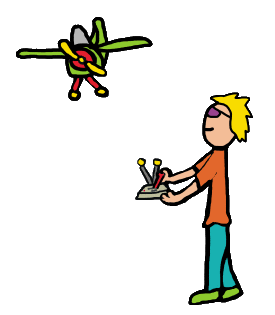 When someone like Mike Tyson keeps pigeons you need to take notice.

Many people have a loft full of these birds for racing, breeding or simply being part of their lives.

​They are called pigeon fanciers.  In the picture a prize bird is being carefully held and shown off. 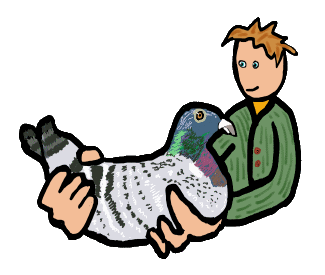 RC helicopters are different to the more usual planes and drones.

Expensive, complicated and with a new set of flying skills to learn - they are not for the inexperienced RC operator.

Although the amateur might think of a helicopter as simply hovering - the models have stunt capabilities.

Loop the loop, fly backwards, sideways and every which way. 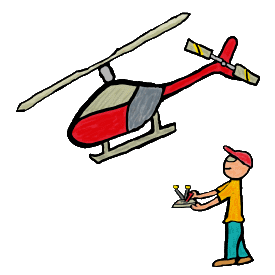 Upping the ante slightly in the mad stakes - here is a stickman skydiver.  It is a simple idea.  Get in a plane with the intention of jumping out at some point.

Wait as long as you dare before pulling the cord and opening the parachute.

​You did remember the parachute? 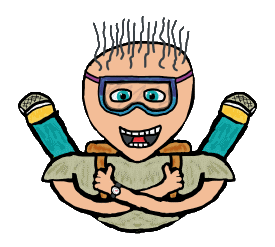 That's all the airborne activities currently on this page.  There are more to come as new drawings are done.

​Hope you got something out of it.
More Hobbies >>