We all love animals.

In a bap or burger, grilled, steamed and fried, with or without mustard and a side, always with fries - they are the most delicious meat treat available...

ed:  Can we make it less about eating and more about gentle fun please?

There are a lot of animals so some may be missing.  The furry and cuddly ones will be given priority.  No one is going to set up a charity for ugly animals.  "Save the horn toed ugly face sloth".  Not going to happen.

For the sake of sanity an animal can be regarded as a furry thing that has four legs.  It does not swim like a fish or fly like a bird.  It is not an insect who will get their own page one day.  There is no need to debate over mammals like whales.  They go on the fish page - end of.

Here is the award winning collection of animal related puns and jokes.  Any randomness is not due to laziness on my part but deliberately reflects the chaotic nature of the animal kingdom.

What is the difference between a stoat and a weasel?  One is weasily recognised and the other is stoatally different. 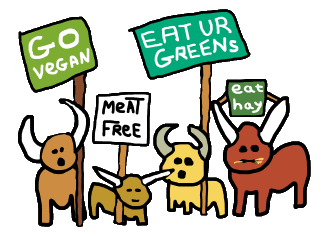 A pangram is a sentence using every letter at least once.  The best known example is "The quick brown fox jumped over the lazy dog".

No, it isn't a pun but it is educational and animal related.

Here are some expressions using the animal kingdom to guide our human lives.

The fastest animal is the cheetah.  It can reach speeds of seventy miles an hour and could probably set a few new athletics records.

A list of animals you may have heard of.