An ancient means of hunting and warfare - archery was a vital part of our ancestors lives.

​Targets would have been used as a step onwards to the real purpose of bow and arrow.

The bow is arguably the best weapon before the invention of gunpowder.

Successful archers would eat well and survive.   Nowadays they practice mostly against competition targets rather than wild boar or the French.

Here is a page of humor relating loosely to archery. 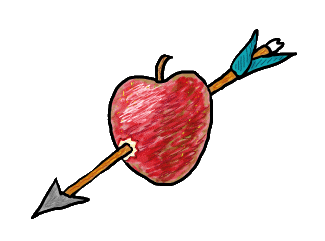 Bury me where my arrow falls - Robin Hood
​Slings and arrows - Shakespeare, Hamlet 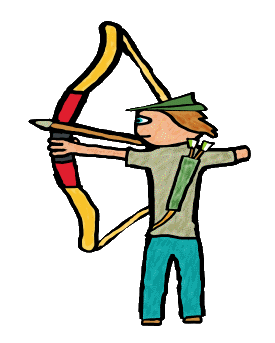 Hunger Games - Katpiss and her bow.

​End of the Flight

That is all the archery pun stuff for now.

Hopefully some of the arrows hit their intended targets.

Any that missed should have landed safely away from windows or small mammals.
​
Time to take a bow.  ​And arrow.
More Puns >>