A collection of designs relating to Brexit.

The UK is not the only country where a significant portion of the public are not keen on the anti-democratic behaviour of the European elite.

Boris Johnson was the most high-profile supporter of Brexit in the UK.  With the help of Dominic Cummings he formulated a message, Get Brexit Done, that swept him into office with a huge parliamentary majority.

Since then it has been rapidly downhill.  Covid happend.  Dominic left. Brexit is a mixed bag of nothing, as it was always destined to be.

The final nail for some Boris supporters may be the September 2021 announcement of further tax rises.  In theory to pay for social care, they hit workers and pensioners alike.

The tax rises in 2021 take the UK tax burden to its highest percentage for many years.  Not what people expect from a Tory government.

For Boris this matters.  Mostly people know he is a chancer,  a liar with flexible principles but an old-school charmer.  We accept his lies as long as he delivers.  He sort of delivered Brexit, in name only.

​But no one votes for increased taxes. 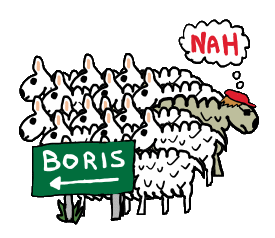 The UK government foolishly allowed people to vote on remaining in or leaving the European super state.

Despite endless attempts to tell people the right way to vote - a large number of ordinary Britains decided to leave.

​They won the right to self-determination, to slow the impact of globalisation, to reduce the numbers of low-paid imported workers.

Or so they thought.

The reality is that the rich globalists will continue to make money and nothing much will change for the Brexit voters apart from some kind of collective punishment for wrong thinking.

As the Brexit process slowly crawled along it gave me plenty of time to produce the Keep Calm Brexit design. 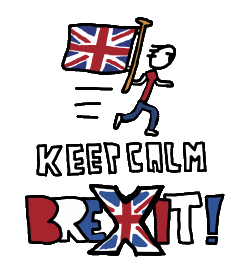 The French version of Brexit.

The image shows a stickman with a French flag running across a tattered EU flag laying on the ground.

It is supposed to indicate patriotic pride over European statehood.

A large number of people across Europe would prefer their country to take precedent over the European super state idea.

​The Europe project started as a free trade area but has expanded into a more state like creation.  It added another layer of corrupt politicians and globalists over the ones we already had. 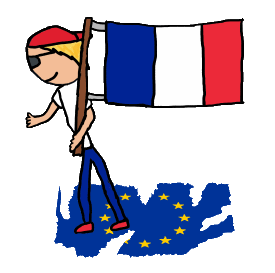 Don't worry - I didn't draw every EU country wanting to leave Europe.  At least - not yet.

Greece deserves a special mention in the collection of European countries that have been treated badly by the grand coalition of Europe.

The punitive austerity measures imposed by Brussels as the cost and punishment of remaining part of Europe must seem unfair to many Greeks.

​On top of the financial measures they are also in the firing line as a destination point for many incoming African migrants - a consequence of Merkel's open door policy and French colonial aggression in Libya against Gaddafi. 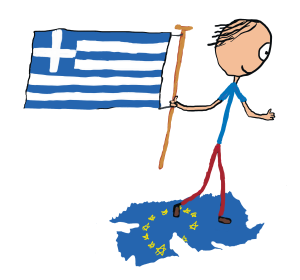 Same old story as every European country that is not at the top level of European success or handouts.

Italy, a fantastic country with a wealth of good food, weather, history, art and architecture is mired deep in the European project.

Would any of these countries be better off outside Europe?

Economic success is not the only measure required for a simple in out question.  Returning law and control to your own governments means democracy takes a step closer to the inhabitants.

It is an argument being made all over Europe.

In 2018 two populist parties formed a coalition.  Their choice of finance minister was rejected by the Italian President who decided he was not pro European enough.  Instead he appointed an ex IMF member.

This is a total rejection of the people's vote and democracy in favor of the European State which becomes more frightening by the day. 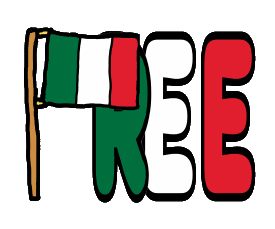