For All Your Cheesy Pun Needs

Sometimes, when you are doing nothing much in particular, the urge to nibble on a piece of cheese will strike.

This desire will tempt you to the fridge in search of a delicious piece of cheese and on to the cupboard for some biscuits.

This page is similar.

A need for a few cheese puns or some other dairy related foolery has led you to the fridge - or in this case - internet site.

My task is to entertain you and sell some cheese related product - perhaps a tee with the words I Love Cheese on it.  No need to mention that too much of the yellow stuff can give you a heart attack.  That would spoil the fun and lessen the chance of a sale.

Still, in the hope you are cheesily pleased with puns - let's try to milk it.  Some of the puns are a little cheesy but you curd enjoy them.

There's more.  Let's cut the cheese and smell that fine aroma.  A whole page for Balsamic Fonduementalists - it's brielliant.

Is this page any good?  You cheddar believe it and if it isn't funny enough then tough cheese.

Maybe you are the kind who likes pure cheesiness from start to finish.   Let's gorge ourselves and find a whey to enjoy it.

Thinking up cheese puns is not as cheesy as you might think.  In fact it is Edam hard and unbrielievably tricky.

​Charles Dickens loved cheese so much he wrote Grate Expectations
How should you approach an angry Welsh cheese?  Caerphilly
In the Cheese Garden of Eden with Edam and Eve
Buy second-hand cheese on Brie Bay
​
​Two cheeses got divorced.  It was the seven year quiche
The Royal Duck who Quarks
​Left leaning cheese - Red Leicester
Adult cheese fun - 50 Shades of Gruyere 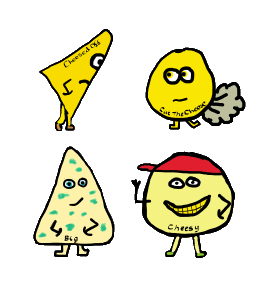 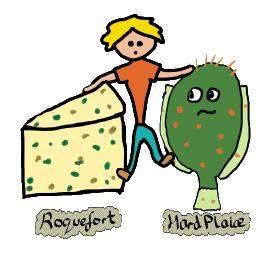 Curd Your Enthusiasm
Edam Busters
Little Swiss Sunshine
​
Pirates of the Carrie-Brie-an
East of Edam
The Gouda, the Bad and the Ugly

A young cheese walks into a bar.  "You need to be more mature to get served in here" says the barman.

A cheese tried sitting on a piece of bread.  "You must think I'm crackers" said the bread.

When a favourite lady cheese left the office they all sang "For cheese a jolly good fellow".

Man, I had some bad cheese yesterday.  It was a Feta worse than death.

A man was squashed in between a piece of cheese and a tough looking fish.  He was stuck between a Roquefort and a hard plaice.

What type of cheese is made backwards?
Edam.

A dog keeps dropping cheese in our road. I stepped in a curd
Sherlock Holmes solves the case of the missing cheese.  "Emmental my dear Watson"
A cheese got sliced into a million pieces - that's grate

​Can't deal with that - kick it to the curd
Noisy cheese and wine party last night.  Was a fondue but a hell of a raclette
Secret powerful cheese society - hallouminati

Gloucestershire Cheese Rolling is a peculiarly British holiday activity that gets bigger each year thanks to social media and cheese.

Ambulances are on stand by - plus fast food outlets, alcohol and a set of Bank Holiday merrymakers keeping tradition alive. 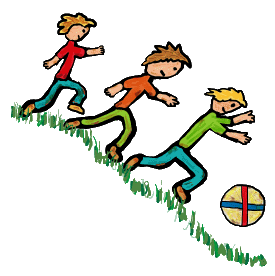 There can't be a mention of cheese without referring to the Cheese Shop Sketch by Monty Python.  The idea is that a customer wants to buy some cheese and the shopkeeper gives a variety of excuses why he has none in stock.

This continues for some time and eventually John Cleese shoots the bouzouki player.  Look it up if you haven't seen it.  If John Cleese had been called John Cheese it would have been even better..

Meanwhile in pun land this game can be played with various retail outlets or services.  A series of potential purchases from person A and a set of excuses from person B.

I like to create my own cheese but this is so good and widely available - it may as well be shared.

​It helps if you know the original Eurythmics song.

"Sweet dreams are made of cheese,
Who am I to dis a Brie?
I cheddar the world and a Feta cheese
Everybody's looking for Stilton"

I ran out of cheese jokes so will have to milk some of these dairy puns instead.

The milkman who bought a telescope so he could see The Milky Whey
Long running American TV comedy set in a forces dairy.  Sergeant Milko
​Man who attacked policeman with a tub of margarine is charged with assault and buttery
​
When Grandad fell ill Grandma smeared butter on his back.  He went downhill rapidly after that  (a Tim Vine original)
Cows that don't produce milk are udderly useless
"There is no corruption in the dairy industry" said a spokesman for Sepp Butter
More Puns >>