Designs to celebrate conspiracy thinking rather than ridicule it.

Without free-thinking and free speech our supposed vibrant democracy will be worth nothing more than the worst totalitarian regime. 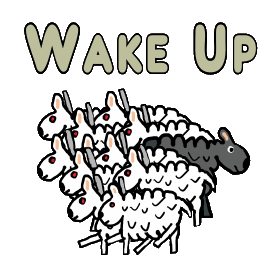 Next time you read a comment on social media remember to salute.  It could be our 77th Brigade hard at work!

You could think of the 77th Brigade like internet shepherds, guiding the sheeple on thinking the right thoughts across the internet.  Shutting down the wrong sort of free speech and ensuring no corner is left untainted by government propaganda. 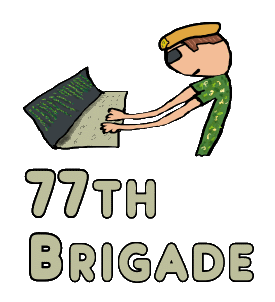 Anonymous are a loose affiliation of hackers who attack deep state targets.  Sometimes seen as Robin Hood style activists in a good versus evil little guy against the corporations.

They have widespread public support and sympathy when seen to act against clear wrongs and corruption in society.  The truth will be murkier than that simplistic assessment.

The problem is that most, if not all, protest and activism has been infiltrated and used by the very forces these people think they are acting against.

​The plus point is that at least they are doing something.  When a vote every four years is meaningless, what else can people do? 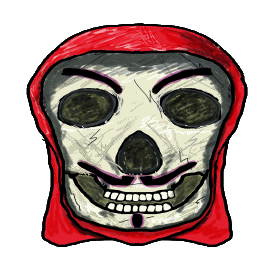 You can comply with everything they say.  Or not.

We are born with free will.  The system tries to convince us otherwise but there is no mandate for that.

Use your Never Comply birthright and celebrate freedom. 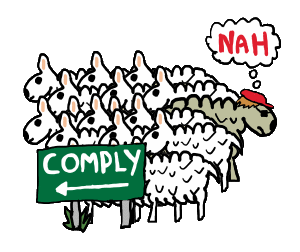 I Do Not Comply Gifts >>

The labelling of anyone who challenges the official narrative as a conspiracy theorist was described in 1967 by the CIA as a way to silence opposition.  It was a clever and effective way to stop alternative thought or interpretation of facts.

Although the term "conspiracy theory" has long been assumed to imply a negative connotation there is reason to believe it is now more recognised as an indicator of free thinking.  Thanks to overuse by press and politicians eager to avoid debate the phrase has changed its meaning. 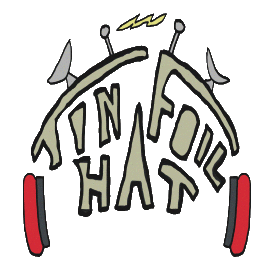 The Deep State refers to the shadowy figures who have real control.  Not the puppet leaders elected through a pointless democratic vote every few years.

This lunatic conspiracy idea would have you believe that real power lies in the hands of a select few.  Names like George Soros and Klaus Schwab feature regularly, but if you think you know who is running things you are probably wrong.

The idea of Deep State means there is little point in voting or protesting.  May as well enjoy life while you can! 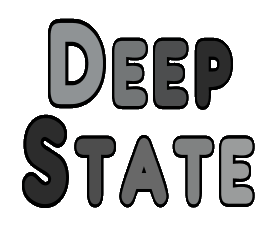 Facebook is an invasive, privacy abusing, control machine.  It is a brilliant idea.  Get people to share their likes, friends, travel plans... their life basically.  Use that information to target product placement, filter news feeds, assist government messaging and more.

Make loads of money while doing this and become a monopoly, one of the Big Tech titans.  Own politicians and bully countries and you pretty much have freedom to do what you like.  Senate hearing?  No problem for Mark Z.

If there is one simple thing to do to improve your mental wellbeing and protect yourself and your friends, it is to leave Facebook permanently. 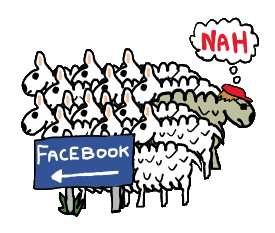 The ludicrous fake news term is regularly used to dismiss the facts and alternative facts of different sides in the political debate.

​The end effect being that it is impossible to tell what is real news and what is not.

Into this void empty of honesty comes conspiracy and propaganda from government, media players and other dark forces.

​It is not a new idea - the common people have always been lied to.  The internet just made it faster.

Or did I make that up? 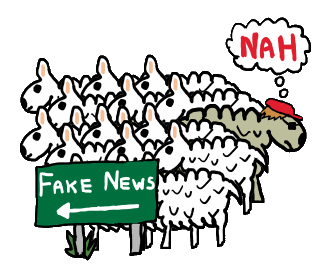 Hoax Lies Fake is a design that incorporates some popular conspiracy theories. From the Twin Towers of 911, through the Moon Landings, Illuminati, Wind Power, Red Pill Blue Pill, Vaccine, Dollar, CCTV and the JFK assassination, there is plenty to go Googling for.

Although Google has rather thrown away its usefulness by deliberately disappearing inconvenient truths.  How ironic when a Google for Inconvenient Truth will no doubt list Al Gores film as its top result.  I checked.  It does. 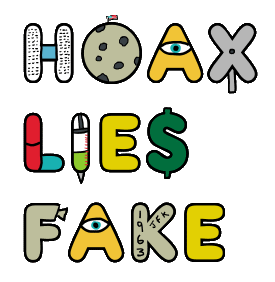 As part of the Black Lives Matter protests of 2020 it became the fashion to kneel.  Pretty soon public performers, particularly on the sports field, would kneel before the start of a match.

While Covid was in full swing and matches were unattended with fake applause this worked well as a visible piece of propaganda.  This changed when real fans started to return.  The liberal media were shocked to hear ordinary people booing the action of kneeling.

The usual methods of undermining this protest were trotted out.  These people must be racist we were told.  The booing continued.

The design below celebrates this victory for common sense, and rejection of people who intend to drive division through society. 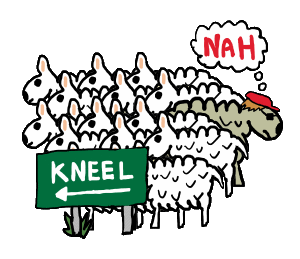 Mark Of The Beast

​Mark Of The Beast design pulls together a number of 'conspiracy' ideas in a single graphic.

A fun graphic playing with the phrase and images to make some kind of statement. 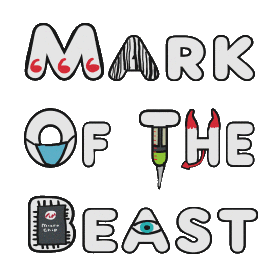 Mark Of The Beast Gifts >>

As censorship of free speech and thought gathers pace across the internet, social and mainstream media and politics - it becomes increasingly hard to promote graphics with alternative messages.

Every week big companies such as Google, Facebook, Twitter and Amazon increase their restrictions and rules in order to shape and force a political narrative on the people.  Long gone is the idea of the net as a place for free speech, thought and comment.

Hence the design below which attempts to create a tiny bit of subversion without falling foul of these most biased of thought police.  Until they ban sarcasm of course which is surely just around the corner. 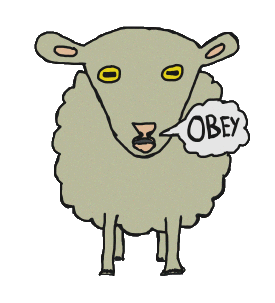 The famous quote from the Matrix film illustrated using the words and a pill-shaped "I".  With other red pills and a white rabbit peering out of the "D" it makes a cool graphic for fans.

​Getting red-pilled is common shorthand reference for people who feel genuinely awakened rather than just 'woke'.

However, once you take the red pill you can't go back.  Dive into the rabbit hole at your own risk. 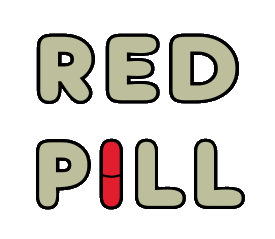 Basically means let the thing out, whatever the thing happens to be.  Could be something as dangerous as the truth, or lawyers.

Memorably uttered by Sidney Powell when discussing legal actions against the initial results of 2020 US Presidential Election.

The chances are relatively high that those who know what's best for us will quickly ban this phrase from social media mentions or merchandise in case it becomes too dangerous for people to be confronted with. 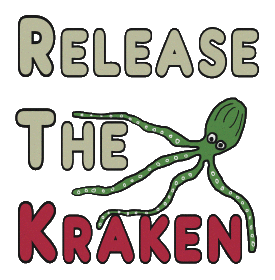 The beauty of The Big Lie phrase is it can apply to anything.  So therefore, maybe, pretty please it won't be immediately banned by the Big Tech guys.  After all, everyone lies and some of those lies are pretty big.

In this case The Big Lie applied to the Election shenanigans of 2020.  To be fair it probably applies to most elections, it's just that time was so obvious.  Handily it can also be applied to the Covid information wars where the avalanche of government propaganda has been extraordinary.

In fact, given the incidence of government and media misinformation, The Big Lie could be worn on a tee every single day of the week. 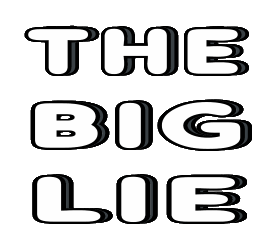 Jan 9 2021 Twitter bans the President of the US.  Twitter also bans many supporters of the President in what seems an attempt to prevent further discussion of the 2020 US Election and ensure Joe Biden has a uneventful path to the Presidency.

Many people move to GAB and Parler where they can still exercise their free speech.

Within hours the big tech players of Google, Facebook, Apple and Amazon act as one to destroy Parler by attacking them in every way short of DDOS attacks.  Those can be left to the shadow services.

The design was created months before this blew up because the writing has been on the wall for a very long time.  What happened to the old free and fun internet where banter, flaming and occasional genuine discussion used to happen? 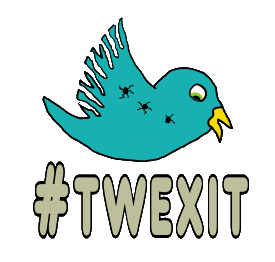