It's time to take off with this page dedicated to human flight and flying.

From the earliest winged efforts through to powered aircraft the idea of being up there with the birds has captivated mans imagination.

Opening up the world to global travel, commerce, education, pollution and exploitation - the airplane deserves a pun page all of its own.

Now it has one.

Early booking is advisable.  On some days you may wait for several hours while your biometric and body cavity details are checked before the page finally loads.

​Extinguish cigarettes, place babies in the overhead lockers and say a silent prayer as we prepare for take-off.
​Tip: If you must pray - don't mutter and stay clear of the phrase "Allahu Akbar".

To get the full flying experience while reading this page sit very close to your screen with a large box pressed against your knees.  On one side place a sweaty fat man and the other a screaming sickly child.  Ask a friend to interrupt after a few minutes, punch you in the face and throw you off the internet. 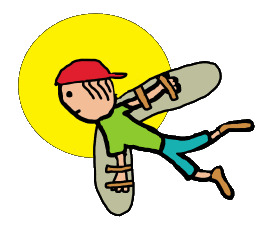 Before we start here is some legal safety information.

The main exit points are located at the back arrow or the small "x" if you have one in the top of your screen.

Laptop and PC users can ctrl/alt/del in an emergency while mobile phones can be thrown to land a safe distance away.

​In most cases removing all power sources will provide emergency relief.

As this is a flying pun page people might reasonably expect it to contain at least one or more first-class puns.

Sadly you seem to be sat in economy or club class with the other free-loaders.  Up front the rich ones are having a great time but here - not so much.

There will be lots of puns arriving on the trolley soon but we are experiencing some delays.

Phew.  We touched down.

This page has been a bumpy ride with a disappointing lack of in flight entertainment.  Hopfully no one lost their lunch during it.

The captain apologises, explains the company cannot be held responsible and wishes you a safe journey.
More Puns >>