Many people have asked if I would help create a more modern version of the rather old fashioned ten commandments.

Liven them up and add a couple of jokes to the tedious Moses version to lighten the load a little.  Plus people love listicles, even religious ones, so there could be some money in it.

Fabulous as the original Commandments were they have long exceeded their sell by date.  God would want to see his people moving forward instead of looking back all the time.

As one of the leading theologians of our time and a bit of an internet time waster it has behove me to attempt this task.  I say "behove" - God told me to do it or my editor as she prefers to be known.

So here are the Best Funny Ten Commandments since last week and before the Huffington Post version comes out.

Don't worry - there won't be a collection. 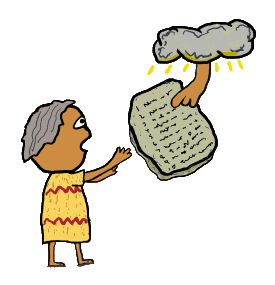 Moses and the Ten Commandments Gifts >>

Here is a short version for the time-pressed or lazy as they prefer to be known.


This simple list of rules is regularly and repeatedly broken by politicians, bankers, media commentators, celebrities and religious leaders. 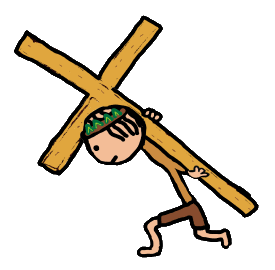 Most Biblical stuff goes on for a very long time. There is a lot of begat this and don't do that and hardly ever a decent punch-line.  This page also contains several words and a picture so it may prove exhausting for internet users.

Interestingly that is what an exhaustive list means.  It wears you out looking at it.

Gods have largely been replaced by the latest manufactured pop star or jumped up internet vlogger.

If you live in the West you are free to worship pretty much anyone - mostly vacuous talentless celebrities or virtue signalling idiot politicians.
​
In some other countries it is best to take a straw poll as to who they all follow and jump on the same band-wagon.

​If that means growing a beard - so be it.

Do not use God’s image or any image that you have obtained from Flickr or other web site, without first asking the owner’s permission. Videos may be linked in the usual way via YouTube.
​
And for Christ's sake do NOT use a Mohammed picture for any reason.  Don't give me a lecture about free speech.  I prefer my head to stay attached to my body.

3. Swearing and the Lord's Name

When the first set of commandments was written there was a lot less traffic on the road. Times change.
​
It is beneficial to utter an occasional Holy Oath when under duress and this repetition helps to keep the Lord’s name in popular circulation.

It is important not to work on a Sunday because it is good to have a free day to go shopping, watch sport and get drunk.

Those people who do have to work should get paid a bit extra or stop moaning about it. 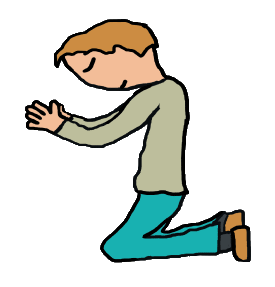 Obviously you should honor your folks especially if you want a loan or a lift somewhere.

Mostly though you should honor the latest celebrity, Royal birth, politician or dictator we happen to be friends with.  Don't worry.  These things never last very long and eventually you end up back with parents.  And God.

6. Thou Shalt Not Kill

Well look.  If THEY want to kill US then WE need to kill THEM.  That goes without saying which is why God didn't put it into his original outdated commandments.

Clearly he would have mentioned collateral damage and how hospitals and cribs are used by terrorists to conceal deadly weapons.

​And the kill order does not apply to animals obviously.  So we can kill as many of those as we like except nice ones that are fluffy and on YouTube.

Commandments are about being flexible.  Save the whale, eat the tuna - that sort of deal.

This was going to be called "Cheats never prosper" except they do.  So that could have led to problems with the Google Law of Misleading Content - the penalties of which are to have to use Bing for searching.

​Only cheat on your partner if they don't understand you.

Tax is not stealing.  Neither is begging unless you use a hand-gun.  With those, and another three hundred exceptions available in a separate document, the deal is you should not take from others that which they claim to own.

It is OK for large corporations to channel their money through deserted islands so the government cannot steal from them.

The original text of this seemed quite simple.  It was dangerously misleading.  We need to lie all of the time.

"Do I look fat?"
"Does this dress suit me?"
"Are you seeing someone else?"

These questions are designed to trick us and therefore we are entitled to be generous with our reply.

Governments, politicians, media, celebrities and bosses are expected to lie openly and continuously because they have all the power and money.

10. Do Not Covet Thy Neighbour's Ass

"Covet" is an old word which no one remembers the meaning of.  Scholars have struggled to understand the correct theological definition of this commandment for centuries.

We now know the expression originally referred to a donkey.  That worked well while people still had them.  There is less demand these days.

I did try complimenting the next-door neighbour on her donkey but it did not go well.  Any hopeful coveting was terminated by her husband appearing.

The version for Islamic scholars is similar with an additional commandment on goat husbandry and wifery.

There are supplementary teachings about drones, beards and Salman Rushdie – lol and smiley face for added offensiveness.

My excuse for having reworked the Ten Commandments is that I act according to my God.  This justification is good enough for all kinds of wrongdoings perpetrated in the name of religion – and my God feels the same way as I do.

End of the Sermon

That is enough ten commandment stuff for now.  A few final thoughts.

A lot of harm has been done in the name of religion.  Man has used it as reason to attack others such as non-believers, infidels and heretics.

In this betrayal of what are essentially decent beliefs - religion becomes another part of the misuse of power by our leaders.  The sham of democracy.  Endless war.  Poverty, crime and fear.

Writing this piece gave me pause for thought.  The ten commandments are not a bad set of rules.  No killing, no cheating, no coveting.

Live your life and show respect to others.  It is a reasonable way to conduct yourself.

​Thanks for reading.  And sorry for preaching.
More Puns >>