What Do Those Internet Acronyms Mean?

Everyone knows that LOL is Laugh out Loud and ROFL is Roll on Floor Laughing.

But where did these acronyms come from and what the heck are ASCII art, smilies and emojis?

These questions and a few more will be answered on this page with some smiley faces, some ASCII emoticons and maybe an emoji or two.

The use of language is constantly changing whether by typo or design.  It is no bad thing but can be confusing when confronted with a new TLA (three letter acronym).  This can be important in conversation on social media where an accidental slight can be taken oh-so-seriously.

When David Cameron, ex Prime Minister of the UK, was discussing private government policy with the glamorous head of a newspaper he claimed to think her typing "LOL" meant Lots of Love.  Let's not make the same mistake on this page.

Way Back in Time

Even before the Wayback Machine.

There were bulletin boards and modems and people talked about 300 baud rate.  Computing and more specifically electronic communication was for geeks.

This was even before mobile phones.  We have come a long way in a few decades. Curiously, although we now have far much more computing power, our emoticons and acronyms have barely altered.  We still want to use as few characters and symbols to express as much as we can in a short time.

The "LOL" is as popular as ever as a shorthand signification that you got the joke, you think it was funny or you find the other person's comment ridiculous.  L.O.L - laugh out loud.

The ASCII Smiley.  The ultimate emoticon shorthand which dates back way before internet times. 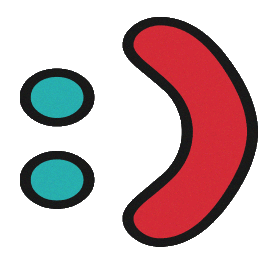 The Smiley that we know and love was created for a marketing campaign by some guy who made fifty dollars out of it.  It went on to be one of THE most recognisable images on the planet.

There are now millions of images calling themselves Smilies that play on the same simple theme.  A round human face with a smile and eyes.  Sometimes they might be a sad or angry expression but they are all called Smilies.

If we want to fancy up the Smiley and use a long word we could say it was an emoticon.  That is an internet word that combines icon and emotion.

It helps to move along from the Smiley idea and into the range of simple images that can convey emotions.

An acronym is a series of letters that generally stand for words.  Sometimes the acronym in itself can be meaningful, sometimes it acquires its own meaning with frequent use.

Some people today use LOL in actual speech - it has become so much a part of the language.  Instead of saying "funny" or laughing - they just say "LOL" and people understand.

Here is a brief list of some common laughter acronyms...

Sometimes an "F" is added to the collection of letters. You don't need a degree in internet swearing to know that it does not stand for Facebook.

I would continue with it but I CBA.

What the Heck is an Emoji?

The emoji is a Japanese name for a souped up Smiley.  It has a little more graphic detail, a tiny bit more definition.  They are like sophisticated Smilies.

It means that people can add some pep to their Twitter comments by choosing from an ever-growing collection of emojis to show how briefly hip and trendy they are.

The retro people will respond with a

and fewer and fewer people will know what they mean.

The graphic shows the journey from ascii smile to emoji happy.  The only real difference is more pixels to play with. 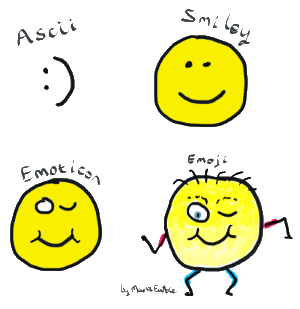 In the old days - pre-internet - mass communication was in the hands of a few people.  Writers, publishers, media, governments.

The internet democratised that.  It is a very good thing that people all over the world can contribute to the pool of human knowledge or post selfies.

Blah means anything where it is not worth saying or trying to understand.  A 24/7 culture of garbage creates a stream of blah into our minds.

This word sometimes appears even when the discussion is not about fish.  Something is CARP.  What the heck does that mean?

It dates back to a time almost pre-internet - if you can imagine such a thing.  A time when men doffed their caps to ladies and swearing was not for polite company.  It was a habit formed when people posted on strict internet forums that starred out any words that might give offence.

​It is a fairly easy word puzzle to solve.  Typing it as CARP seems more offensive than the original word.

Those headlines that offer so much promise in a short time.  A small preferably odd number for psychology purposes that hints at compelling tease material.  "Five ways hamburgers can kill you" for example.

The sites that offer this stuff will often put each item on a separate page - maximising the adverts they can make you watch.   "Seven ways they ruined the internet" would be another example of a clickbait teaser.

Listicles are just lists of things.  We like lists.

Not really an acronym because the letters do not stand for anything.  It is the sound of the word that makes it work.

A surprisingly elegant expression of surprise or disbelief given the often coarse nature of the internet.  Ideal for meme accompaniment to crazy people doing odd things.

The hashtag - example #hashtag - is a way of linking posts and thoughts together.  Often it is referred to elsewhere on news and other media where important events can be reduced to arguably the most pointless invention ever.

Feel strongly about something?  Express your love or despair with a hashtag and join millions of others who cannot be bothered to move from their chair.  The ultimate in fleeting interest.

There should be a hashtag #museum where people can see things we once briefly cared about.

In some fonts the symbol "<3" looks like a heart shape.  A cool way of saying love or heart in text speak.

The acronym means In Case You Missed It.  Used to attract attention to something the spammer, advertiser or social media influencer wants you to view.

It is a form of clickbait implying there is something you may have missed.

In an unprofitable world for media the pleading gets louder.  ICYMI is an addition to the armoury.

Sometimes people who don't know many words type an endless "Lol".  This means they are very amused by your post or they could be being sarcastic.

It can be difficult to tell on the internet.

I really like "meh".  It means how it sounds - an expression of distaste or disinterest.  "meh" - I am just not buying your offer, posting, advertising, political message - whatever you are selling me... 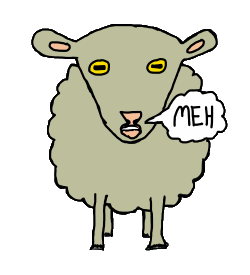 Not Safe For Work.  A text warning provided before you open a link which displays content that may shock the work colleague sat behind you in an open plan office.

Sometimes people say "Oh My Gosh" instead.    That is the safe non-offensive way to express surprise or astonishment.
​
​The non-safe way is OMFG which leaves little room for interpretation. 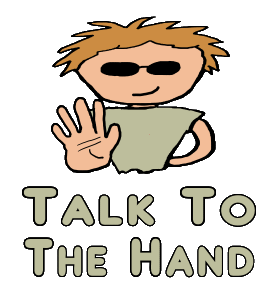 Talk To The Hand Gifts >>

Can there be any more damning comment on our culture than the selfie?

One of the highest ambitions is to take a selfie or short video and gain some brief viral attention.  Andy Warhol was more perceptive than even he gave himself credit for.  Although fifteen minutes is a long time on the internet.

​There is also the "belfie" which is a bottom selfie.  Yep - a picture of your ass.  Shared on the internet for fans.

A shrug indicates a lack of interest.  It has existed for ever and is a natural human state.

In the ongoing infantilisation of our world we need a shruggie to indicate the same thing.  A cuddly way of saying the user could not care all that much. 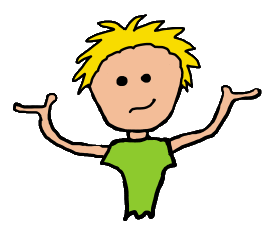 Why oh why do people need to change the language?

Because it is a fluid and flexible thing that grows.  The internet would be hard work if the common form of communication was the language of Shakespeare.

Welp is an alternative to 'well'.  A means of saying - welp that's it for now.

It is THE most popular expression of three letter surprise and disbelief.  It IS rude and there is little doubt to its meaning.

A neat update is DAFUQ? which conveys the same emotion but with more humour somehow.  It is a cheat because it is not an acronym.

Here are some incorrect but polite translations.

​FFS - for goodness sakes
​STFU - please be quiet
​WTF - I beg your pardon?

Woohoo, or woo-hoo, even woo hoo - is the opposite of "meh".

It is the opposite of a more reserved English way of speaking which might raise an eyebrow slightly and say "Admirable".

​Here are some other "oohoo" words which may be useful. You only live once.  One of those expressions that sticks for a while until they become so overused that most people move on.

YOLO will have seen its best days which is somewhat ironic as it did indeed only live once.  Time and fashion pass quickly on the internet.
More Sayings >>