A collection of martial art inspired illustrations with a brief comment on each sport.

While martial arts essentially involve competing against another human opponent there is often far more to the sport than just learning to hurt someone.  An inner strength, discipline and often more spiritual teachings make martial arts a reasonable branch of sports and hobbies to engage in.

For building confidence and dealing with situations - an ability to stand up for yourself is important.

Legalised fighting is still a sport even though most other blood sports have disappeared.  Two men and occasionally women enter a boxing ring to punch each other.

There is more to it than that but this is the most basic competition.  You against me.  Although not me because I have a low pain tolerance level.

One famous boxing quote says plans for a fight disappear as soon as you get punched in the face. 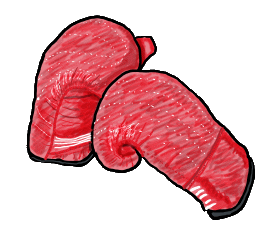 Fencing is one of those sports that comes along once every four years when a couple of Russians poke each other with what they call swords.

Except they are not swords but pointy wand things.  Instead of an arm falling off or perhaps a load of blood - a little buzzer sounds and one of the Russians wins a gold medal.

It is a supreme test of balance and skill.

​Fencing is part of the Modern Pentathlon. 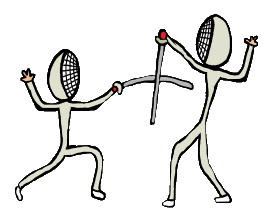 Like many martial arts there is far more to judo than just throwing people around.  Sadly the only bit I know anything about is the throwing around bit.

Wear loose clothes which allow your opponent to grab on and grapple with you.  Push, pull and try to get him off balance.

Once he is off balance get him down to the ground and squash, trap or hurt him a bit until he gives up or the referee signals a point. 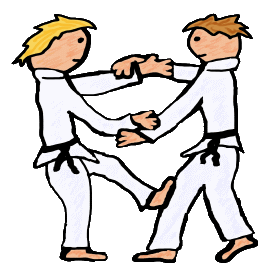 Japanese fencing with bamboo sticks instead of swords.  Developed as a safe way for Samurai to practice.

Brilliantly popularised by Bruce Lee in the seventies with films such as Enter The Dragon.

​Karate with a great deal of leaping about. 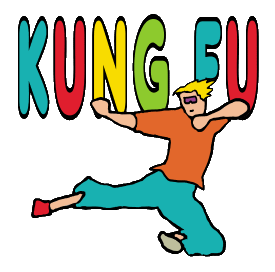 To the outside observer this is fighting.  It uses a variety of techniques from other disciplines - boxing, wrestling, grappling, striking - and is a full-contact sport.

A fast growing sport it is not to be confused with marital arts - which is a similarly no-holds barred contest lasting up to twenty years or more.

To many people, including ironically fat Westerners, Sumo involves large Japanese men in nappies pushing each other.

There is of course rather more to it.

The spectacle from the throwing of salt, the posing, the referee crowd and ring through to the often short bout itself is equal to any of the other martial forms of entertainment. 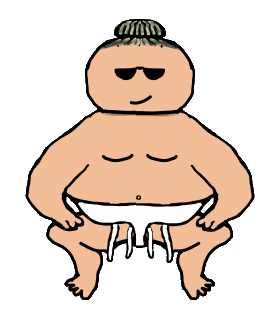 A martial art that is also used to promote longevity.

Instead of leaping around and kicking thingsTai Chi can be used to learn control and discipline.

There is a lot more to it but I mostly just draw fun pictures. 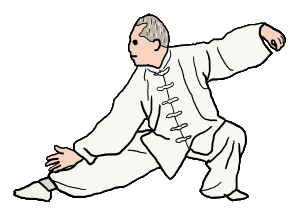