Here are some of the major racket sports in AZ illustrated format.

Played by amateurs and professionals around the world - sports and games involving racket and ball are great fun.  For fitness, competition and socialising - racket sports are an excellent way to get some exercise.

A slightly different racket sport in that the rackets are very light as is the shuttlecock which is made from feathers.

You need to hit the shuttle very hard to make it move at speed - far harder than you might at tennis for example.  Just to reach the far end of the opposing court takes quite some effort.

Badminton is fun and great exercise.  That is the idea of sport of course.  To get you running around, out of breath, blood pumping through your body - all in a pleasing way because the competitive element overrides other considerations.

​Such as needing a sit down. 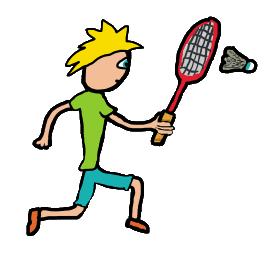 A gentler version of tennis - pickleball is a lower impact game but still with the excitement of sport and competition.  The players use paddles to strike the plastic ball over a lower tennis style net.  There are no volleys so the ball bounces between shots.

As the game takes up far less room than a traditional tennis court it is also ideal for leisure areas to maximise their use. Growing in popularity as a game that can be played well into advanced years.

One of the key shots in pickleball is the dink.  The disguised shot that just pops over the net.  Fun in all manner of sports and handy for puns.

Dink responsibly.
I dink therefore I am.
Don't dink and drive.
Fair dinkum. 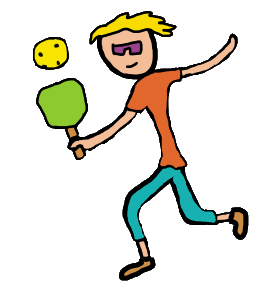 Squash is a super fast and fit racket sport played on an indoor court.  As a participatory sport it has everything - skill, speed, stamina - that a sport should require.

But it is not and may never be part of the Olympics.

One reason being it is not much of an observer sport.  It is too fast for non players to understand and does not lend itself to those great armchair moments that other sports can offer.

​Above all other considerations the Olympics and sport is about money. 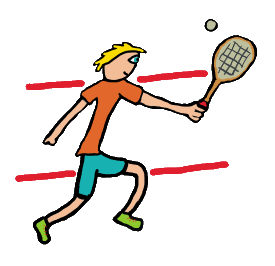 It is also somehow in the Olympics.  Must be all those Chinese players.

Some people call it ping-pong which is regarded as an insult by proper table tennis players. 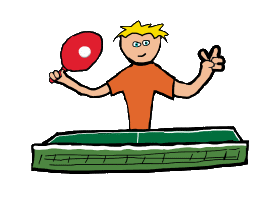 But that's enough about me.  Tennis players are pretty cool too.

Athletic prowess combined with racket skills - winning one Grand Slam would be a challenge for most people.

Some players keep on winning year after year.  A combination of skill, diet and exercise must be the secret.  Well played! 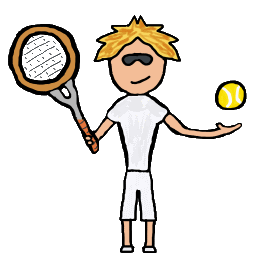