By appointment to her Majesty - here is a set of puns from the royal punmeister.

Inspired by living under a monarchy and celebrating every time one of the Royal Family so much as farts - this gently mocking selection is for Royalist and Republican alike.

Note for American cousins.  Republican means anti-monarchy in the UK.

​Let's see how far we can get before a date with the Royal Head Chopper.

A cat may look at a king - cats can do what they like
​Crown Jewels - tools - Cockney rhyming slang
Don't complain, never explain - Royal motto - good advice for anyone who has ongoing relationship with the gutter press

Casino Royale - James Bond
​Dukes of Hazzard - The General Lee
​My Name is Earl - karma
​
​The Princess Diaries - whatever
Priscilla, Queen of the Desert - comedy
​The King and I - musical 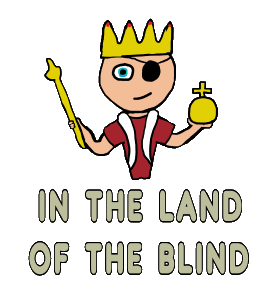 Land of the Blind Gifts >>

The Honours List consists of a large number of names who are awarded titles such as knighthoods and MBEs.

The media draws public attention to popular celebrities who get a mention.  There are also some good people who have worked all their lives for society who may get a lesser honour.

Elsewhere are the real awards.  For services to royalty and government - favors and backhanders - the power brokers are rewarded.  Civil servants who have obstructed democratic process throughout their careers will be knighted.  Top police and military are brought into the fold.  Media owners are rewarded for ensuring the right stories are promoted and the unfavourable ones buried.

Why hide the corruption of the system when you can do the whole thing in public and no one says a word?

Some people (David Icke) believe that the Royal Family and other world leaders are giant lizards.

​They claim these lizards have control over humans and an unbreakable grip on power.  Democracy is poor people voting for pointless figureheads for example.

Saying these powerful people are actual lizards from a distant planet is harder to believe.  Although - have you ever touched their skin? 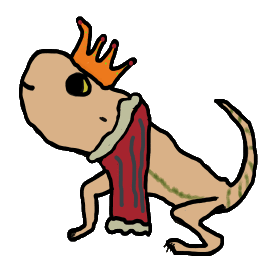 People Who Sound A Bit Royal

Prince Philip - Queen's late husband.  Fondly remembered by Great British Public for putting his foot in his mouth on foreign expeditions.   One of his gaffes was warning British students visiting China not to stay too long or they'll get slitty eyes.  Gaffe is a word used by media when the actual description for anyone else, Trump for example, would be racist remark.

Prince Andrew - friend of Jeffrey Epstein (deceased).  No plans to visit America in the near future.
Prince Edward - slightly suspect Royal who is not seen much.
Princess Anne - a jolly good sort.  A decent royal who you could probably have a nice cup of tea with.

Princess Diana.  Troublesome wife for Charles.   She had glamour, popularity and a desire to do something.  Died in French car crash.  Hugely popular with the sheeple.

Prince William - will one day be King.  That's how Royal birth works.  Don't bother applying.  Married to Kate Middleclass who has a mostly good press because she plays the part.

Prince Harry - will not be King.  Was a man of the people until Meghan appeared.  Has lost a lot of fans but gained a new set of woke ones who buy his caring about things act.  Many Brits preferred him when he wore a Nazi fancy dress costume and fooled around a lot.  He seemed like a normal person back then.

Meghan gets her own section because that is what she would like.  She is / was the Duchess of something and very important.  She does great work for all manner of people and causes, especially Meghan.  She is a victim of terrible injustices but has still managed to be a woman, a wife, a mother and an inspiration.

Without Meghan we would not realise people live in poverty.  Now we can compare her life with ours and see the obscene wealth gap.  It was a privilege (not white privilege, that's wrong) to watch her and Oprah talk about important issues such as Meghan, what Meghan thinks and how well Oprah does 'shocked'.

It is empowering when rich entitled people lecture us on issues while they fly on private jets and live in multi-million pound residences.  Empowering for them. less so for us.

Meghan gave up being a Royal and fled to Los Angeles to avoid publicity. 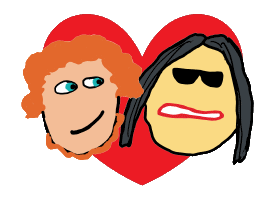 The Death of Prince Philip

We interrupt our programming to bring you live state sponsored mourning for a 99 year old man.  Yes pop-pickers, Prince Philip has died.  Some unkind people likened the BBC 'news' coverage to the often laughable excesses of North Korean propaganda.   Here are some highlights.

All normal programming suspended on the BBC main channels for at least 24 hours.
News presenters dressed in black.  They must keep a spare change of clothes at the office.
One BBC news reporter almost crying as she read from her script.
All US Presidents making statements.
Billboards across London changed to show a picture of Prince Philip.
The children of Prince Philip had pre-recorded obituary interviews ready to be screened on primetime TV.

After months of Covid propaganda from UK news media it was suddenly shelved.  Today we will mourn Prince Philip.  Tomorrow you will be scared by Covid.  After that it's back to Climate Change.

​Seems the Royal Family is more important than any of that other news business.  When the Queen dies they may need to shut down for a whole month.

At this point it is time to resign the Royal Commission.

Loyal subjects will note there are many other pun pages on this site of a more common nature.

​Don't forget to buy your Royal Wedding souvenirs - available from the gift shop at a very reasonable price.
More Puns >>