Simple strong graphics for those wishing to practice drawing their own insect creations, look at what other people do or just buy on a t-shirt.

The bee drawing is a good example of a stick style graphic.  It looks nothing like a real bee but we immediately accept it as one.  That is because there are strong visual clues about bees in the drawing.

The cartoon style graphic is used with reasonable effect to achieve a picture of a bee that works.

That is what stick figure animals means to me. 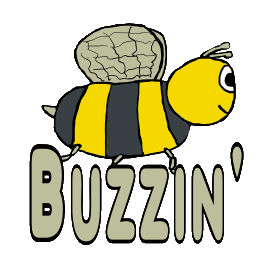 Drawing a millipede or centipede seemed like an achievable goal.

I became obsessed with the legs.  It had to have a hundred of them.

This took a surprisingly long time with less drawing and a lot of counting.

If the centipede had been wearing shoes he would have never got finished.

These large and slightly scary insects are a curiously popular choice for a pet.

A safe starter for the more exotic end of the scary market - before spiders, snakes and other reptiles.

Do they make great pets?

They have their fans and are similar to the other creatures that tend not to interact much with their human keepers. 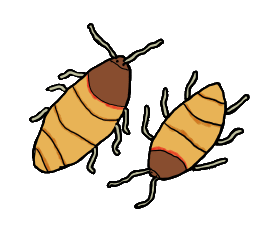 Called Ladybug in the US - the Ladybird is a children's favourite in summer gardens.

A friendly looking - interesting bright patterned insect - and a beetle too.

Not a real insect obviously but an irritating summer visitor nonetheless.

A common sight at tourist destinations - the Litterbug leaves a trail of rubbish for others to collect and dispose of.

Spiders are a brilliant insect.

Useful and mostly good-natured.  They build fantastic webs, have amazing strength and ability.

Yet we are scared of them.  Conditioned to respond by shrieking, hiding and generally having a problem with these insects.

​Strictly speaking the spider is not an insect.  It is an arachnid. 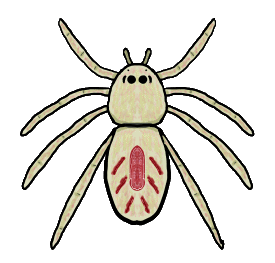 A good companion for a stick man is a stick insect.

He is a little more complicated than just drawing a stick but a bend, six legs and a little colour seems to do it.

To create this picture I checked Google Images for real stick insects and tried to draw the main parts with some easy lines. 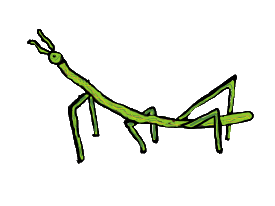