This page discusses some famous stick figure artists with hand-drawn examples in their style.  The most well known of these is J S Lowry who is the first artist featured at some length below.

There are others included.  From pre-internet such as Keith Haring through to the latest to release their books - there are many people using the simple stick design to make art, give people pleasure and earn some money too.

As someone who can only draw at a simplistic level I wanted to see how others are doing it.  What is their method and design angle?  What makes people want their artwork and visit their sites?

Most importantly I wanted to validate my own efforts.   "Look" I can say to anyone who is remotely interested, "OTHER people draw stick figures too".

Lowry (1887-1976) is a pre-internet artist who created many paintings of local scenes - often using large numbers of what are called matchstick men.  The first stick man maybe.

He has been alternately dismissed and praised by the art establishment.

Lowry painted an Industrial Britain that has largely disappeared.  Ordinary people set against the monstrosities of mills, power stations and what today we would call industrial complexes.

He turned down many attempts by the Establishment to give him awards and bring him into their fold.  That makes me like him even more.

Critics looked at the Lowry paintings and decided that because they were not highly accurate landscapes like the Old Masters - they were not good enough.

The drawing is my attempt to replicate the style of a typical Lowry scene. 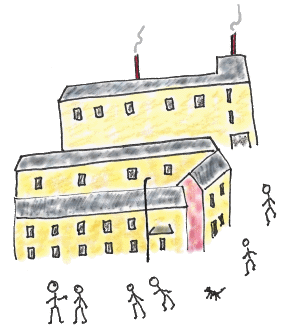 Lowry did not really paint stickmen or anything like them.  Art critics call them that - unaware of the stick art that is on the internet.

He drew simple figures but to call them sticks is to underrate them in my opinion.

Hundreds of people in pictures - all different and part of the scene.  Women, children, men, cats and dogs.

​A critic would be able to explain how the simple and vulnerable figures make the industrial architecture seem more enormous and over-powering.  How the workers are reduced to tiny pawns in the face of progress.

These were real people from his world and he did a great job capturing the scenes around him.  The workers, families, children playing out their lives in the shadow of British Industry.

Lowry had his unique style.  It was fun selecting one of his figures and trying to capture the person he was drawing. 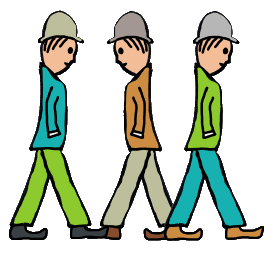 There are a lot of stick figure designers across the world.  Not all of them are called Lowry.

​Here are a few more designers who have achieved - if not fame - then at least some attention from this site. 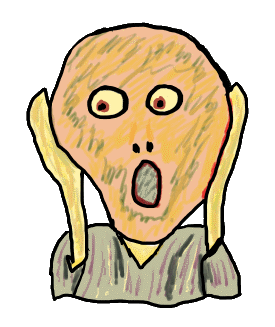 The guy who created the series of animated stickman fighting the animator videos.  These are smart, funny, clever, entertaining and awesome.

The original is here - Animator vs. Animation.  He got better as he goes along but it is that original idea that started the ball rolling - in an animated way of course.

Allie Brosh runs the blog Hyperbole and a Half.  This blog consists of sometimes deeply personal struggles with depression and incredible Microsoft Paint artwork.

And artwork it is!  Her pictures may appear simple at first glance but they have a wonderful clarity, vision and feeling.

Her blog and other outlets do very well on the internet - and deservedly so.  One post in 2013 got 1.5 million hits in a single day!

In the picture she is commiserating with my stick man for his lack of success.

One of Allie's phrases "Clean all the things" has gone so viral it became a meme.  If you are into art, drawing, Microsoft Paint, the internet - Allie Brosh is worth a look.  ​ 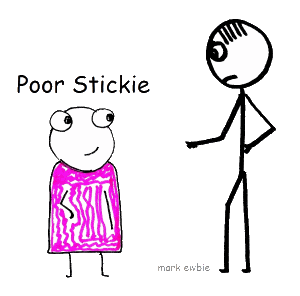 Axel Scheffler is a talented illustrator who has done work on children's books.  One of his works was for Stick Man - a popular story about an anthropomorphic wooden stick.

Axel is not really a stickman artist but he is included for people who accidentally end up here looking for the guy who drew Stick Man.

I like the drawings and the simplicity very much.

In my drawing I have spelt the name wrong.  It is Explosm.net but I don't think it matters too much.  My stick guy is getting a little fed up with all these famous characters appearing.

Although he is mostly a kind friendly fellow there is a limit to how long he can hold back the snark.

Anyhow, Cyanide and Happiness - funny and colourful.  Damn their eyes. 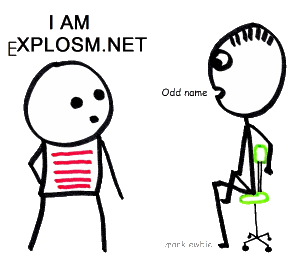 The American artist Keith Haring (1958-1990) was like Lowry - pre-internet.  He drew what were called stick men during the 80's before dying of Aids.

His art is not exactly stick figure style but it is close enough.

​A cool guy, using art to make a statement which is how it should be.

There are moments of course when those of us who haven't yet made any money look at something and think "How did they get away with that?". 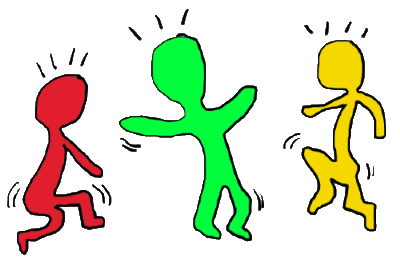 A blog about raising a family and gin.  Has made a breakthrough with book and puff piece in the Daily Mail.

Funny and irreverent take on family life in the style of "look at me mothering and drinking".  The stick figure cartoons are extremely basic - a reminder that the simple graphic works and has appeal to people who buy books and product.

Slightly miffed that I didn't write my own book about drinking and something. 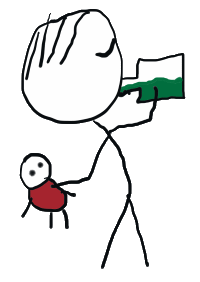 He describes the limiting nature of the post-it as being like the Twitter 140 character limit - a way to force you to be concise.

He freely admits his art is anything but and refuses to be described as an illustrator, cartoonist, etc. because "Those guys are way better than me".

Popular on Instagram and with a book coming out.  Hmmmph.  No link because I don't do Instagram. 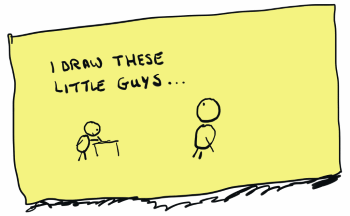 This guy specialises in stickman art and is well worth a look at stickmanculture.com.  Another take on stickmen on a cool site with original tee designs.

It still surprises me how much variety and freedom there is in the simple stickman figure - and no limit to human artistry. 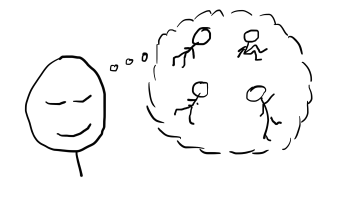 Not strictly stick figure drawings - more scribbly scrawls with that all essential angst thing that women seem to do.

Dealing with mental insecurity by drawing it.  These kinds of simple art but not art creations are hugely popular on places like Instagram and Tumblr.  They share feelings of difficulty in coping and give expression that is otherwise couched in medical terms and other pseudo bull.

I like the idea and the drawings.  My problem is, being a man, I have no emotional angst or worries.  Get sad, have a beer, end of.

When I first saw the STIK designs they hacked me off.

The guy creates huge and uncomplicated stickmen on the side of buildings.  Graffiti art like Banksy.  Some of these stick (stik) figures are massive - all the way down the side of a house for example.

He makes money from it!  Serious money, thousands for original pieces.

To be fair to him it is his idea, his art and he does OK at it.  He also helps with community and all that good touchy-feely stuff.  So now he made it to this page.

A graphic designer, game creator and his son create a stickman flavoured game.

Looking at his Facebook page shows the time, effort and commitment required to keep a project like that going.

The stick figures are bold stylised designs with colour.  The graphic below is roughly in the style with a single eye, visual colour clues and a bold body.  The originals are better! 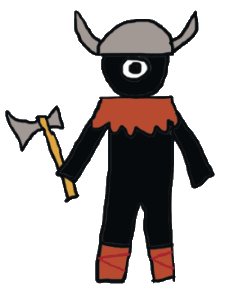 ​XKCD.com is widely shared across the internet.  They did that "Something is wrong on the internet" cartoon and many others.

They are an excellent example of the simple stick figure comic idea. 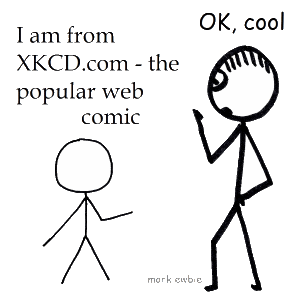 There are many other artists and designers using stick figures.  It looks deceptively easy to do and is a great way to start drawing.

Some of these artists with dedication, effort and an amount of luck have achieved success.

At the top of the tree is J S Lowry, the main stickman artist I suppose. He showed the world that you can choose subjects other than landscapes, portraits and water-lilies, and he gave that gift to us.

As this page is currently being shared on Twitter (God knows why), below is one of my latest creations.  I haven't given up yet. 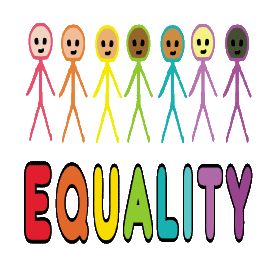 Equality Gifts >>
There is lots more stickman style art through the link below.
More Art >>