Here is a random collection of stickman jokes, punning and maybe a few cartoons.

It could be the most useful page on the internet.

The idea is to make bad puns using the word stick and show some cartoons which have nowhere better to be.

You could think of it like a Wiki for stick figures with a few differences...
​
It is a Stikipedia. Much better.  Here are some puns. 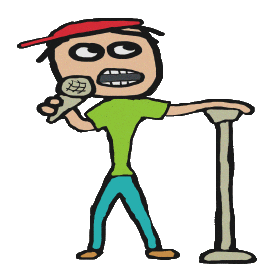 How many stickmen does it take to change a lightbulb?
None.  They stick with the old one.

​Can you rub two stickmen together to make a fire?
No!  Don't even think about it. 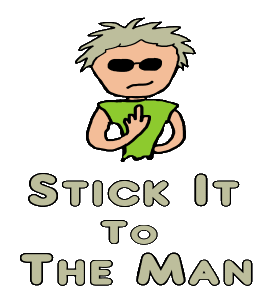 Stick It To The Man Gifts >>

The stick figure world has many fine films and TV programmes to keep them amused.  Here are a few.

What's up toothpick boy?
You're just a twig
If there was two of you we could make fire

I didn't know there was a size smaller than zero
Don't open the door - slide underneath it
Wow.  A walking lollipop 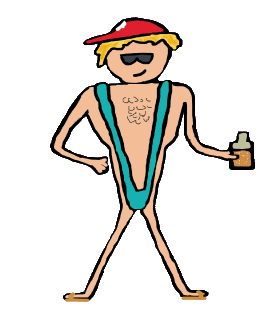 ​And noodles eaten with chopsticks.

That is the end of this short page of stickman jokes.

If you liked this page there are plenty more.
More Puns >>