A selection of sports that involve aiming at a target whether static or moving.

Long before the invention of gunpowder was archery.

The simple bow and arrow - a fearsome weapon of war in skilled hands.  For hunting, warfare and recreational target practice. 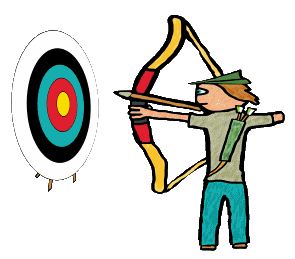 The 'pigeons' are actually pieces of fast moving frisbee shaped clay which fly out of traps and through the air.

The shooter needs to aim and hit the target.

This is about as near to game hunting as it gets without killing anything. 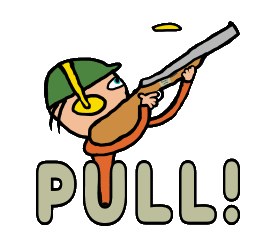 Darts started as a practice game for spear and arrow skills.  It became a popular pub game where ales can be quaffed and arrows thrown as part of the social atmosphere.

Money entered the game and it became a sport where competitions are held and televised for money.

It is a simple process.  Throw three darts at a dartboard and score as many as you can.
​Variations include finishing on the correct number remaining from an initial target of 301 or 501.

​The numeracy skills to calculate a three dart finish for a large number consisting of trebles, doubles and individual numbers are impressive. 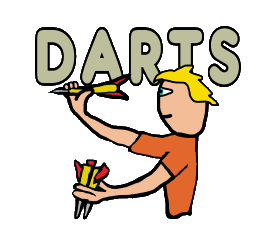 Not perhaps a traditional target shooting activity - golf does involve aiming and trying for a target be it hole, green or fairway.

Hitting a small ball a few hundred yards and into a hole in the ground.  A selection of clubs, a nice walk and eighteen holes later feeling this game is harder than it looks.

An endless quest to improve with days when nothing goes right.  Frustration and annoyance in pursuit of the perfect round where everything clicks into place.

Gary Player said "The more I practice the luckier I get".  Another fine sport quote to encourage effort in daily life. 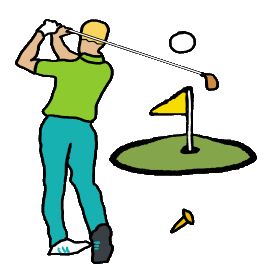 Air shot guns that propel balls of paint at high speed and some accuracy towards opposing team.  Teams of players armed with these plus protective headgear and clothing.

Ideal team building exercise or fun day out for a group of people.  The operators organise the fights and challenges.

​This fun activity is about as close as you can get to war without signing up.

Airsoft is similar but instead of paint pellets soft balls are used.  These don't leave a mark requiring an honor system to be used.  Yeah - good luck with that. 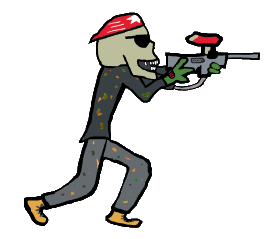