The Great Reset and the New World Order

No, really.  I would prefer to think of myself as a shades of grey independent thinker who questions the daily statements by our leaders and their media.

The drumbeat of news has increased dramatically in recent years.  As the freedoms briefly offered by the internet have receded then the volume of propaganda has increased.  The messages are now so insistent they are hard to overcome with free thought or free will.

This page is a collection of slogans and phrases that are seen regularly on Twitter and comment sections where they are still allowed.  They are my attempt to gather those together and make sense of them.

The Big Tech giants of Google, Facebook, Twitter and YouTube have a virtual monopoly on internet speech.  They should not be abusing that power by using it to silence opinions they dislike.

This phrase is being used around the world by our leaders.  It implies a new world is being constructed.  That itself implies the old one is no longer fit for purpose.

It is not clear who decided this.  What was wrong with the old world that has served us for centuries?  What exactly are they proposing and how are they planning to get there?

Credit and debit cards are convenient.  Much better than cash for anyone who prefers to live in this century to the last.  A card or your phone are for the most part all the money you need.

The downsides of losing cash are not immediately apparent but they are many.  For those who prefer to keep their transactions private from prying eyes, cash has always offered a high degree of privacy.  There are some people who still keep cash under the mattress and away from the taxman.

Cash can fund a black economy.  Buy drugs.  Give to poor people without the scam of Big Charity.  Support local independent small traders and tradespeople.

Having no cash makes you dependent and vulnerable to the control of banks and government.  Suspected of wrongthink? Your credit has been terminated.

This matters even more in a society where you own nothing (see further down) because without income everything you use will disappear.

In the UK, Rishi Sunak the Chancellor is floating the idea of Britcoin, a digital alternative to cash.  Other governments have similar ideas, in the US, Europe and China.  They are calling it Britcoin because to the unwary it sounds like Bitcoin but it completely different to the anonymous crypto-currency.  It is total government control and monitoring of your money. 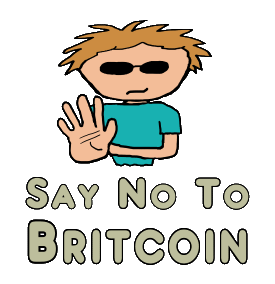 Cancel Culture is a danger to anyone who remotely cares about free speech and by extension, freedom.

I would prefer to live a world where in the right places, perhaps away from children, any topic could be openly discussed.  Where alternative views are allowed to be expressed without the Woke Mob turning up and losing your account or even your job.

​Cancel Culture is the equivalent of Kristallnacht, Witch Hunting or the Spanish Inquisition.  Where the Twitter Outrage Mob can descend on an individual or business and destroy them in the name of their sensitivities and faux values.

We will seek out and destroy the non-believers.  Scary times.  As our lives move online we become more exposed to this dangerous hypocrisy. 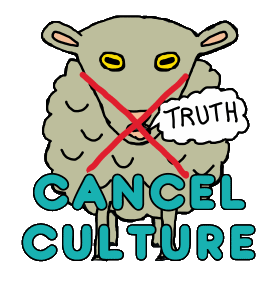 Climate change denier.  That is the term used to decry anyone who questions the official narrative.  We know the narrative because it is force fed to the people.

I can not understand or disprove the science of climate change.  It is too complicated, and boring, for me.  It may even have some basis in fact.

But I can view the government approved protests and the constant propaganda with scepticism.  If it were genuinely true they would not need to cancel and silence those who disagree.

An annual get together for the rich and powerful.

Read who attends and wonder what they have in common.  What sort of networking event can attract Prince Charles, Bono and Xi Jinping to same meeting?  What exactly do a Royal Prince, a popstar and the Head of China's Communist Party wish to discuss?

The rings of steel erected around a Davos meeting indicate they are not appreciated by all.  Some people don't want elite globalists controlling our lives.

Democracy is a fraud, a myth perpetuated on the gullible.  There is no real choice on offer.  By the time a politician reaches the top of the tree they are part of the systems they may once have railed against.

Occasionally, rarely, a potential leader emerges who is a genuine threat to the established cosy order.  Who might do something good for the people.  You will know them by the venom they receive from other politicians, celebrities, Big Tech and media.

The traditional protest involves a mass of people supporting a cause being ignored, kettled and occasionally attacked by agents of the government.  The more a protest threatens the government the more vicious the police treatment and the prison sentences handed out.

Compare scenes of real protests from the past and the treatment of those protesters with the modern day state sponsored 'protests'.

In particular Black Lives Matter and Climate Change.  Both issues are supported by government.  The policing is gentle and respectful.  There are pictures of police officers taking the knee.  Of them standing by while Climate Change 'rebels' shut down city transport links.

The fake protest is obvious when you look for it.  The purpose is to convince the public that these issues are real and important where other messaging has failed to get through.

The Great Reset sounds like a conspiracy theory.   It proposes that a New World Order is coming where a form of global socialism for the poor, and business as usual or better for the rich, is imposed.

Except it is not a conspiracy.  It is available on the WEF website for all to read.

A NWO organisation that intends to remove all property, enable the state to provide for all and thereby give complete control of our lives to the state. 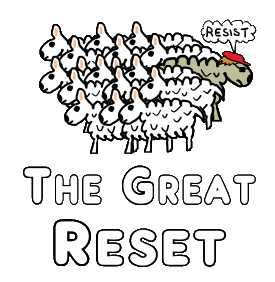 The New World Order is associated with the Great Reset above.  It's all associated.

A first reading of the term sounds like one of those illuminati style things uttered by odd people on forums.

It is a real proposal, promoted at places like Davos, where the richest most powerful people on the planet decide what is best for us.

​None of this is democratic by the way.  I didn't vote for it.  Did you? 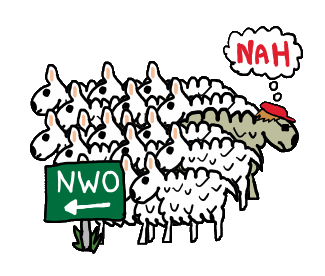 The introduction of new laws against protest is happening across Western democracies.  In the UK a new Bill will crack down on demonstrations while France wants to ban videos of police brutality.

Whenever someone mentions Police State the opposing view will often mention the Stasi in order to subvert the argument.  How can you possibly compare our benevolent and accountable Police to those terrible East Germans?

Perhaps the point is more that we are on the road to a Police State.  We are surveyed ever more by CCTV and internet spies.  The police infiltrate protest groups.  The media are given their talking points.  The TV blares out messaging.

Under the COVID emergency we are supposed to wear masks, stay home, shut up.  People wait for the end of lockdown. 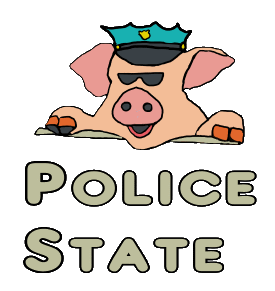 Sounds good don't it?  A guaranteed monthly income to lift the poor out of poverty and free us from the daily grind of minimum wage and fear of losing our work.  Benevolent governments helping the people to survive.

What if your only source of income is UBI?  You are totally dependent on the state.  The state will expect something in return.  Your silence and compliance.  Maybe even your vote.

At a very simple level the left prefers a superstate where citizen's needs are taken care of, and the right prefers individual freedom.  That is over simplistic and open to argument and interpretation.  I apologize.

​In theory with a fair democracy the state could be kept in check.  In practice it is the other way around.  The state, the one we don't vote for, maintains and increases control.

Covid restrictions have been a staggering example of what the State can achieve with high levels of public acceptance in a very short time .  Lockdowns, masks, social distancing, unemployment, dependency.  And so easy to do.

The Uighurs are a people within China borders who are being subjected to 'assimilation'.  This process aims to make them less independent Uighur and more complicit Chinese.

The following is an interesting quote from a report on how they were achieving this assimilation.

"The Chinese government continually says that people are volunteering to engage in these programmes, but this reveals a system of coercion that people are not allowed to resist."

"The other thing it shows is this ulterior motive," she said, "that although the narrative is one of lifting people out of poverty, there's a drive to entirely change people's lives, to separate families, disperse the population, change their language, their culture, their family structures, which is more likely to increase poverty than to decrease it."

Poor Uighurs.  But read it again thoughtfully.  It is not hard to draw a similarity between the Chinese treatment of the Uighurs and the process of change within Western society.  Our children start education at five years old, they leave home at eighteen for university and they move to the cities of their own free will in order to work.  Our culture and history are under attack.  Mass migration changes the population.

The Uighurs are a brutal example of how the Chinese system can force change.  Although our Western system is more subtle the end goal is the same.  Destroy the family, change the culture, maintain power.

You will have the vaccine if you want to work or travel.  At some point you will have it to attend Church, festivals or visit your relatives.  You will need it to qualify for UBI.  Or hospital treatment.

You can tick these statements off as we reach them.  I hope I am wrong.

The World Economic Forum is a collection of people who appear to have created a hugely powerful organisation.

We don't vote for them.

You Will Own Nothing

You will own nothing and be happy.  Surely words from the worst Hunger Games sequel or a totalitarian state?

Nope.  They are straight from the World Economic Forum.

A short video explains how by 2030 we will own nothing.  Everything will be leased by massive corporations and delivered by drone.  We will be happy although how this is achieved is not explained in much detail.

​Perhaps that was the point of loading up our students with so much debt.  A generation that starts in debt and stays in it will not expect much more than the latest iPhone on a contract and a tenancy in a state run apartment building.

The implication of us owning nothing is that someone else owns everything.  They will be really happy.

I am not particularly scared by the above because mostly I don't give a crap about what happens.  We all die in the end and it is all for naught anyhow.

This page is my effort to understand what the game is and whether I need to change anything - hold cash, dig a vegetable garden, bother voting - as a result.  It is even possible, although I doubt it, that these changes will make our world a better place.

​Thanks for reading.
More Politics >>