Fish swim in it, Jesus walked on it and some people drink it when the bars are shut.

Fortunately the river banks never close - except on Sundays - so this page has been developed to see if there is any humor lurking beneath the surface.

Water makes up 60% of our bodies and is ok as an asses milk substitute when taking a bath.

Surely there is something funny about it too? 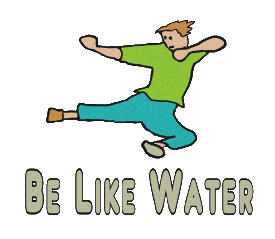 Never rains but it pours - slightly pessimistic outlook on life
Pour oil on troubled waters - create instant eco disaster
Still waters run deep - there may be plenty going on beneath the surface
​Water, water, everywhere / Nor any drop to drink - from the Rime of the Ancient Mariner

​Three holes in the road - well, well, well
​Write an ode to water with a fountain pen
​Buy wet goods from Amazon

With a watery eye it is time to turn the taps off.

An immediate water pun ban has been imposed in order to conserve stocks at the local reservoir of soggy gags.

To be resumed during the next monsoon.
More Puns >>