A Page of Weather Puns

Unlike virtually every other aspect of our life the weather is a safe topic for conversation.

Weather has no time for politics, fashion, income or celebrity - it just is.  As an opening conversational gambit it is unsurpassed.

"Lovely day isn't it" is a simple line to offer when meeting friend or stranger.
"Yes it is" may come back your way.

You may also get the response "It is a harbinger of global climate change catastrophe" which can lead to an interesting debate on the merits of on-shore windmills.

Job done and social niceties completed we can move on.  Bad weather or the forecast of worse around the corner is even better for exchanging a few words.

From the temperature, wind speed and humidity through to solar flares and the ozone layer - the weather fulfils 93% of daily conversational requirements.

How useful it would be to have a comprehensive set of weather puns and jokes available for any occasion.

It starts below.  Expect a few highs and lows with an occasional gale of laughter. 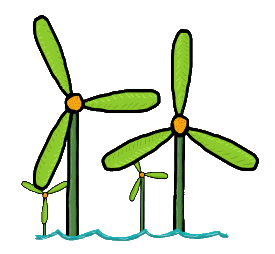 Every cloud has a silver lining - probably radiation fallout from Chernobyl.

It's an ill wind that blows nobody any good - someone will usually benefit from apparently poor circumstances.  Sailing boats, pollination and windmills for example.

It never rains but it pours - when a series of misfortunes happens.

Ne'er cast a clout till May be out - don't pack away warm clothing until the month of May has passed in case of a late cold spell.

It's raining cats and dogs out there.
I know, I just stepped in a poodle.

Have you got a light, Mac?
No, but I got a dark brown overcoat. 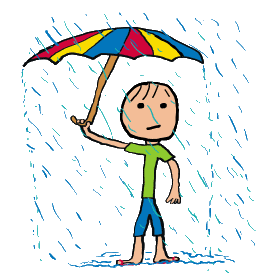 ​Note to self - write something funny about them.

​In The Summertime - Mungo Jerry
It's Raining Men - The Weather Girls
​​Purple Rain - Prince
Raindrops Keep Fallin' On My Head - B. J. Thomas

End of the Forecast

That's the end of the weather for now.  More is expected over the coming days.

Thanks for reading and make sure you pack an umbrella for the damper places on the internet.
More Puns >>