Here is a list of winter sports and activites with a brief comment and stick figure style illustration.

The purpose of this page is to provide a list of things to do when it is snowing or icy - or to watch when the Winter Olympics is on.

Snow holds a fascination for humans - at least those who live in temperate climates where it is viewed as a treat.  That first downfall is a reason to put some warm clothes on and rush out into the fresh snow and have some fun.

A soft landing helps deal with the tendency for humans to fall over and make it all part of the fun.

There is a range of activities from gentle messing about to engaging in serious competition on snow and ice.  Below are some of the cold weather sports and pastimes that give us so much pleasure.

This sport is more of a Baltic Army training exercise.  Essentially the competitor or soldier trudges for miles through mountain snow.

When they eventually reach their target they shoot it.

It combines physical endurance, skiing and the thrill of the hunt.  These days they use a target although TV ratings would improve with reintroducing the blood sport element.

Santa could use these for a Prime style speedy delivery of presents.

A souped up toboggan with ice runners and strong nerveless competitors.

They start the downhill run by pushing the bobsled and jumping in.  Some steering is required and heads kept down as the sled gathers speed.

One bob at a time for timed runs.

​Incredibly exciting to take part in but perhaps not as much spectator interest as ice hockey and other ice sports. 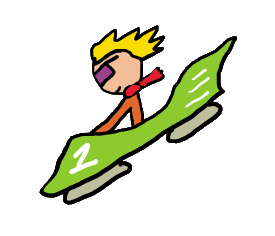 Curling is a bit like lawn bowls on ice.  The heavy bowls are called slide stones and they have a handle on the top.

Similar to bowls the idea is to slide the stones into a target area scoring points for being the most accurate.

There are two sweepers equipped with brooms who can guide the stone and the curler can rotate the stone when releasing to give it a curved path.

​The sport involves skill and strategy and is sometimes called "chess on ice". 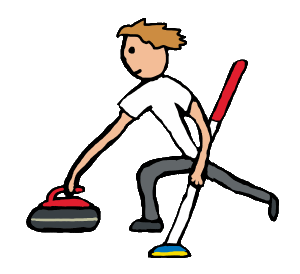 Hmmm.  A half pipe is exactly that - half a pipe on its side.  For winter sports it can have a snow layer enabling skiers and snowboarders to do tricks.

Sport used to be more about sport than tricks. Admittedly it was often tedious, over long and boring with insufficient draw for young people and not enough room for ad breaks.

Ideal for a time-pressed audience who are used to watching 30 seconds at most of a YouTube clip before on and away to the next thing.  Someone does a few tricks, someone else falls over and there is the perfect segment to be clipped round the internet. 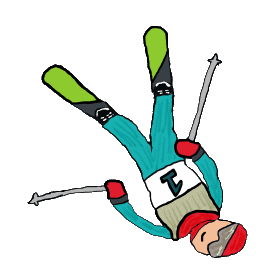 A team sport on ice!  Two set of players each armed with a stick.  The idea being to pummel your opponent until he admits you were right.

Oh sorry.  I thought that was the idea.  It turns out there are small goals guarded by big goalkeepers at either end.  The hockey player needs to pass and shoot the puck - the little black disc that travels so fast you can't see it.

To sum up.  You can't see the puck and there is a punch-up every ten minutes.

Alternatively, a wildly popular sport that is the National Winter Sport of Canada. 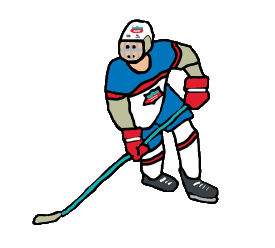 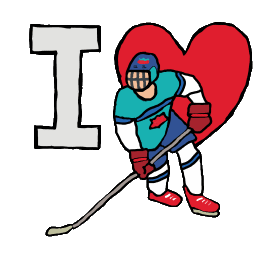 A pair of skates and an ice rink and millions of people have a fun few leisure hours taken care of.

For many it is a struggle to stay upright while others take it to extremes such as speed, dance or other performances.

​Low impact exercise until you hit the ice. 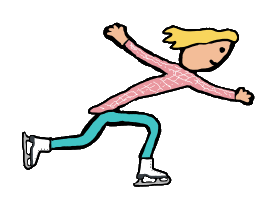 The luge is like extreme toboganning.  Sledding reduced to its minimum essentials which consist of a stripped down sled to lie on.

It does not look particularly comfortable or easy and involves a barely controlled very rapid descent on hard icy surfaces.

The competitors steer using their shoulders or calves and reach speeds of seventy miles per hour.  There does not seem to be a steering wheel or brakes. 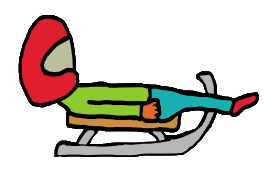 Take a tin tray and lie head-first face-down on it.  Wear inadequate protection and attain speeds of up to eighty miles per hour.

The skeleton bob is a Winter Olympic sport for people who think jumping off a cliff is for sissies.

It is as if someone said "How can we create the most dangerous activity and call it a sport?" and they came up with the idea. 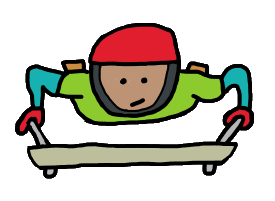 There is no uphill skiing unless you count the sport where they struggle along for hours and then shoot something.

Downhill skiing is the glamour event of the Winter Olympics with competitors who are mostly young, privileged and impossibly attractive.

A great sport to watch for those who have struggled on the nursery ski slopes on an ill-advised skiing holiday. 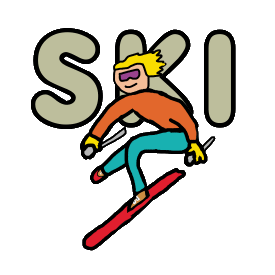 The ski jump is one of many quite scary Olympic events.  This time, in addition to the speed of skis, the jump part is added.

​Soaring through the air and aiming for a long distance and a safe landing.

The jumpers start with smaller jumps and if sufficiently skilled and brave eventually do the big jump.

See Eddie the Eagle Edwards for a fun bio on Britain's great amateur entry for the 1988 Winter Olympics. 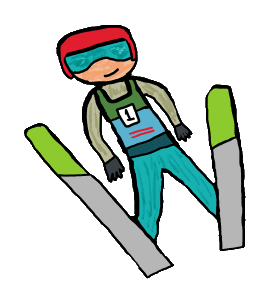 When snow falls and there is a hill nearby it is time to visit the shed where the sledge is kept.

Gather the kids together - warm coats, gloves and a hot drink to take along.  Pack the whole lot, plus the sled in the car and head carefully to the big hill where everyone else goes sledging.

Who would be mad enough to go out when it is snowing and cold?

Those doubts are banished when you arrive and see hundreds, maybe thousands of people, enjoying the cheap thrill of tobogganing down a snow covered slope.

​Pun - toboggan or not toboggan. 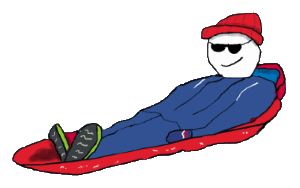 Snowboard is the cool version of skiing moving on from James Bond and the Martini set.

It is a slacker style winter sport - a freestyling way to have fun in the snow and on your board.

Like all professional sports there is some seriously hard work to put in to make it look easy. 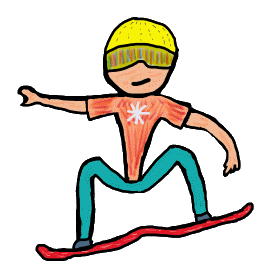 Ice skating but with more speed.  Muscular looking people with huge thighs skate round and round.

They have a rhythm that barely changes.  They don't seem to be going very fast at all but occasionally there is a satisfying pile-up.

I like the style, the grace and the hypnotic quality of it.  Ideal for a quick nap before tea-time.. 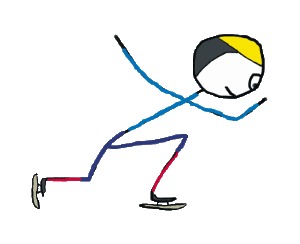